It’s Australian Slang time! Something that’s all too common on my silly Australian travel blog!

When people visit Australia, you don’t actually need to learn English! That’s because everyone hear talks in slang all the time. And Australian Slang doesn’t resemble the Queen’s English at all.

For further reference, check out the below books – but read on! 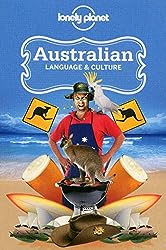 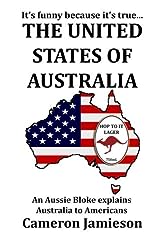 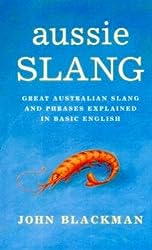 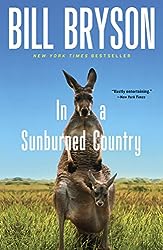 What are some examples of Australian Slang?

Dogs Breakfast – a mess (you know, when the dog looks into his bowl in the morning)
Busier than a one toothed man in a corn on the cob eating contest – extremely busy
Mad Rooter – someone who loves sex
Shocker – someone who’s having a bad day
Skippy – an Australian
Yank – an American
Seppo – short rhyming slang for an American
Sheep Shagger – a New Zealander
Jesus Bars – those handles that you hang off that are placed above the doors of your car on the inside. Needed if you’re in the car with one of the world’s worst drivers
Five finger discount – something that’s free if you steal it without being caught.

Australian Slang is like another whole language in itself! If English is your second language (and even if it is your first!) those English lessons were a complete waste of your time and money.

But that’s where I come into it. I’ve produced this rather comprehensive list of Australian slang words, insults, expressions and silly colloquialisms to help you try and make sense of this mutant version of English! Learning Aussie slang should be on everyone’s bucket list!

Hey, even I don’t understand some of these, and I use these expressions all of the time! It’s like my Australian Slang Dictionary!

Australian Slang is just another product of the colonisation of the world by the British Empire. When the English language was exported, English took on another form of it’s own. Just like the silly Australian Culture and Stereotypes.

Australian slang has evolved over time to something that’s almost unrecognisable!

If English has almost a million words that ‘belong’ to the language, then slang words from all around the world surely would make up around 80% of those words. If you’re a professor of linguistics, let me know if I’m on the ball! (this means right!)

If you’re looking to start a new life in Australia, you might actually need to learn some of these Australian Slang words to pass an Australian Citizenship Test one day, because they’ll probably be on the test!

Anyway, here is my silly list of Australian Slang. Enjoy mate! You’ll need this guide in amongst all of the other silly Australian Travel Tips if you ever come over from the other side of the world!

If you ever get to meet me, I’ll be using a lot of these Australian Slang Terms! I’ve even put them in alphabetical order for you for quick reference!

Still Bored At Work? Then Check Out:  Fire Danger Rating Sign In Australia! But It's Too Late!

Still Bored At Work? Then Check Out:  The Gathering - A Crazy Scottish Culture Festival with Highland Games!

There you go, there’s a bit more time for you to waste on the internet! But hey, I’m sure it was at least an entertaining waste of time!

I’ll probably say a lot of these silly Australian Slang expressions to you on the road one day. If I do and you stare back at me with a blank face, I know you don’t understand a single word that I’m saying and I will provide a translation for you! Then you’ll be living in Australia too long…

But apart from Australian Slang, there’s..

If you’re planning a trip soon, check out my best travel insurance tips, and get a quote on some Backpacker Travel Insurance.

These are great! I think I’m going to use a lot of these hilarious expressions myself! Thanks for the comprehensive list!

Glad to hear you enjoyed this educational lesson!

A weekend warrior is a military reservist, part time soldier/sailor/airman, also known as a Chocco or chocolate soldier, used to be in the CMF or militia

Bloody ripper list mate here’s a few extras if your interested…
Give it a whirl – give it a go.
Wouldn’t be dead for quids – love life
Dunny budgies – blowflies
Drop bear – koala bear
As busy as a centipede on a hot plate – flat out.

A zack was a pre-decimal coin, worth sixpence. Now the five cent coin.

Overall a great list, however some of them aren’t being used in quite the right way. Some of them are not just adjectives or nouns or are just not quite correct. “Under the weather” can also mean feeling sick or unwell. You wouldn’t call someone “a stroppy”, you would say that someone “is stroppy” i.e. angry or irritated. “Feeling stroppy” or “in a stroppy mood” is common. Similar thing with “on the rags”. It’s not the period itself, it’s a description of what’s happening. Rags = period. On the rags = on my/her period.”
“Kays” are also used to describe kilometres.

Well, I agree English has a massive bank of slang expressions dating back to the Empire. But I’m nearly 70 and, while some of your list are virtually unknown here in the UK, many others go back to the early 20C or before in Britain and were in common use long before the invasion of the Aussie soaps like Neighbours, Home&Away and Prisoner Cell Block H. So I’d respectfully cast doubt on their Oz origins. Did we import a lot of slang or, more likely, was it already English slang anyway and went abroad with our colonists?

I’ve been to Australia three times while I served in the U.S. Navy and had a great time, and is one of the few countries I wouldn’t mind visiting again. Many of the words in your list brought back fond memories. 🙂

As for why I ended up here…I’ve got a female wombat G.E.L.F. (Genetically Engineered Life Form — an anthropomorphic being) character in one of my sci-fi books, and I’m looking to refresh some some phrases (or learn new ones) for her speaking parts because I’m a stickler for authenticity.

When in Oz, I heard “scarrick (sp?)” and ‘dumped his hoops’ used – don’t remember the context now. Made a note to look them up, but don’t see them in the list. Any ideas?

Maybe Skerrick? That means’the smallest bit’, e.g. there isn’t a skerrick of beer left in my glass. Never heard of dumped his hoops!

Ha! These are much better than the usual cringeworthy offerings!! Thanks.

“If you do that again you’ll get a backhander!!”

there is another for of rhyming slang that originates from cockney slang.
eg
dead horse means sauce
sky rocket means pocket
dogs eye is meat pie