But if you want to learn ‘proper Spanish’ check out..

Inevitably, when you start learning a new language, you’re going to start speaking the slang or expletive expressions because that’s what the locals do! I think some of the first Spanish words I learnt were slang, thanks to some friends from Barcelona that I met in Africa.

So what are some of the best Spanish Swear Words and Curses? 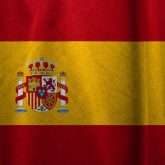 They were more than happy to educate me with a tonne of Spanish swear words and curses. Actually, the words of any new language you learn are probably going to be expletives (see some Russian Swear Words for examples!)

I mean, many people don’t speak proper English, and communicate in a series of slang words, sentences, or even whole conversations!

And Spanish is no different!

Spanish is a very expressive language and I think it reflects the people that use it as their first language.

Like English, Spanish has morphed into different sorts of slang because it’s been exported all over the world, thanks to the Spanish Empire (check out some funny Spanish Translations from Colombia here!).

Of course, Spanish then mixes with the native languages and out comes something new!

So here you go, here are some Spanish Swear Words, Curses, Slang, and Expletives that range from not too bad to downright offensive!

A silly, not so definitive list of Spanish Swear Words, Curses, Slang and Expletives!

By the way a couple of really high search terms on the internet include “Bitch in Spanish” which is “Perra“, and “Asshole in Spanish“. The answer to this one is either Gilipollas, tontopollas, or peludo!

Still Bored At Work? Then Check Out:  Machu Picchu in Peru.. means..

This of course, is just a small sample of the Spanish swear words and slang that’s out there.

I’m not exactly fluent in Spanish, but I’ve used some of these terms above and it’s all taken in a light hearted way!

But if you’re a native Spanish speaker, I’m sure you’ve got loads more of great expressions!

If you do, leave your funniest and favourite one in the comments below!

I’m sure they’ll be all gold!